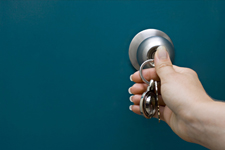 Both the House and Senate have approved the Tax Credit Closing Deadline Extension and it has been sent to the president, according to the New York Times. The extension would allow qualified home buyers, that have ratified contracts in place as of April 30, 2010, a three-month extension to close their transactions and receive the tax credit.

The extension would allow buyers to close their deals by Sept. 30 and receive the tax credit.

The extension passed the house on Tuesday and the Senate on Wednesday.

The U.S. Senate also approved the National Flood Insurance Program Extension Act of 2010 that would extend it until September 30. Click here to find out more information about the flood insurance program.