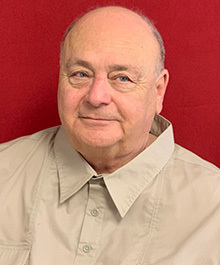 My wife, Toni, and I began our real estate careers in 1986, as brokers with "Wauwatosa Realty", which became the largest real estate company in Wisconsin-Shorewest Realtors.  I was appointed Associate Vice-President of Shorewest  Realtors in 1995, lifetime member of the Million Dollar Club, National Sales Award Recipient each year, as well as Office Production Leader in 1995, and  a lifetime member of The President's Club.  Later I was part of a sales team which became the #1 Sales Team in two counties, of south eastern Wisconsin.

Together we raised 5 children and are the proud grandparents of 8:

Born and raised in Green Bay, I moved to Horicon in 1982 and now reside in The Town of Doty, in the Star Lake area.

Our philosophy is simple, treat everyone fairly, do more than we promise we will do and provide others with the opportunity to live and enjoy the North Woods, as we do, watching the deer, bear and turkey in their natural environment. Give us a call for all of your real estate needs.