The Real Estate Market is Coming Back! 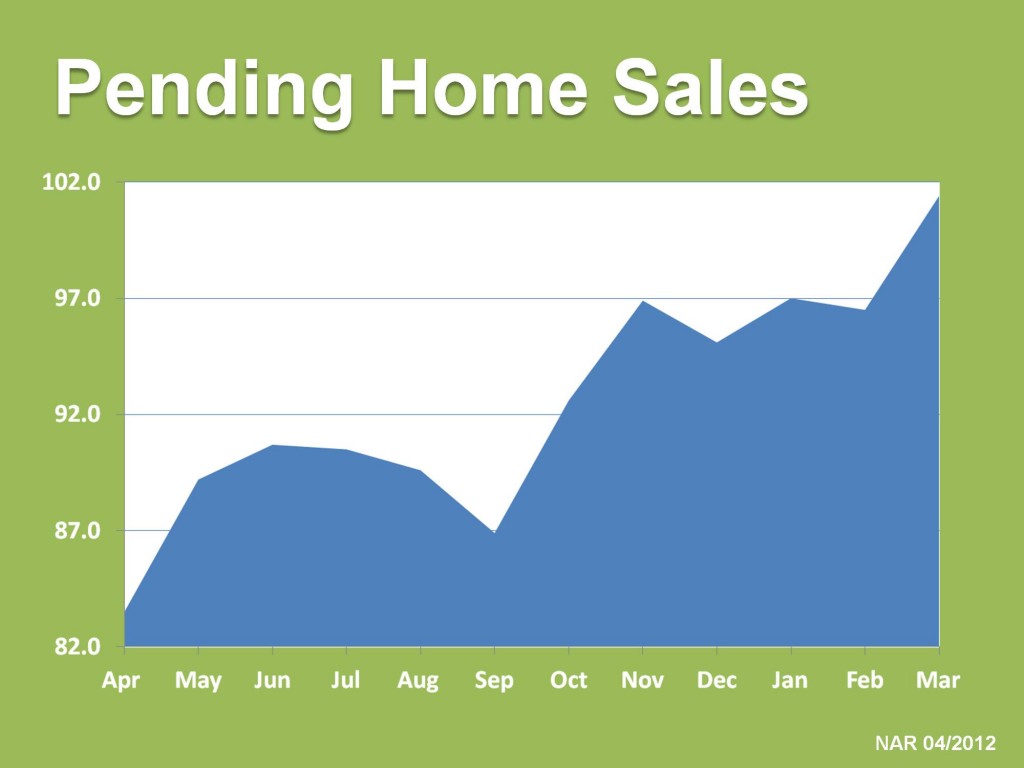 by our friends at Keeping Current Matters

Last week, the National Association of Realtors (NAR) released their Pending Sales Report which showed that contracted sales were 12.8% higher than the same month last year and higher than any time since sales were impacted by the Homebuyers’ Credit back in April of 2010. The index stood at 101.4 which represents a level that is “historically healthy” (see methodology below).

Here is a graph showing pending sales over the last twelve months:

METHODOLOGY (as per NAR)

The Pending Home Sales Index is a leading indicator for the housing sector, based on pending sales of existing homes. A sale is listed as pending when the contract has been signed but the transaction has not closed, though the sale usually is finalized within one or two months of signing.

An index of 100 is equal to the average level of contract activity during 2001, which was the first year to be examined as well as the first of five consecutive record years for existing-home sales; it coincides with a level that is historically healthy.